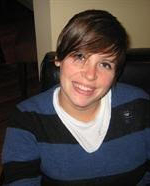 The first major sign Carmen had MS occurred when she was 27 years old and attending her sister’s wedding in Mexico. Her vision became blurred and 12 hours later she was completely blind in her right eye. Upon returning to Vancouver, she underwent several tests and was diagnosed with Multiple Sclerosis.

Carmen quickly educated herself about the drugs available to her but was not comfortable with their side effects. Instead, she began trying many different alternative therapies to alleviate her symptoms including acupuncture, change of diet, naturopathic therapies and an experimental drug study through the MS clinic at UBC. When it became clear none of these therapies helped, Carmen made the decision to travel to San Diego for the CCSVI treatment. She had the treatment in March of 2011.

Carmen knows MS affects everyone differently and as such there are many different therapies available that may work for one person but not necessarily for the next. She just wants to make sure all MS sufferers have a choice.

Carmen holds a Bachelor’s degree from Simon Fraser University with a focus on Criminology and Education, and also completed an associate degree of Arts at Douglas College with a focus in Music. Carmen has over 15 years of experience working with not-for-profit organizations, in particular over the past two years she raised over $35,000 for the Multiple Sclerosis Society of Canada. Carmen’s walk to end MS team raised over $25,000 last year making them the number one fundraising team in Vancouver.​ 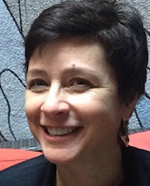 Jennie is all too familiar with the impact of chronic pain and illness on her loved ones, and this familiarity has built her motivation for supporting WAMS. Jennie has watched her mother cope with various and increasingly debilitating symptoms as a result of Lupus. Over the past 20 years, she’s witnessed the severe side effects that medications have had on her mother's body, causing permanent damage sometimes worse than the symptoms of lupus itself.

When Carmen was diagnosed with Multiple Sclerosis at 27, Jennie felt first-hand the worry and anxiety and never knew how Carmen would feel from one day to the next. She would often walk a “myelin” Carmen’s shoes and ask herself what it would be like to wake up every morning and go through a mental checklist of her limbs to see if everything still worked before rising out of bed.

Jennie has over 25 years of administrative experience and has been involved with Lupus Canada as well as the Multiple Sclerosis Society of Canada where she also took part in the walk to end MS. Her team successfully raised over $25,000 and as a result took part in the 2011 walk of champions in Las Vegas.

Jennie has now committed her efforts to the WAMS Foundation and brings the experience of a caregiver to the board of directors. This invaluable perspective will allow Jennie to attain her goal of helping MS sufferers learn more about their options and if they choose, gain access to the alternative treatments they deserve.​ 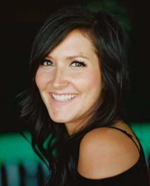 1 part Entrepreneur, 1 part CEO, 1 part Momma, 1 part Wifey, 2 parts Event Planner, 3 parts Design Junkie, all parts Wine Drinker. Jessica founded Petite Pearl Events in 2010 while bored to death at an office job. Ever since, she has spent her days + weekends planning, designing + executing award-winning weddings + events throughout BC. She can barely remember what degrees and diplomas she has because at this point nobody cares. She has also met the man, got married, did the deed, had a baby. You know, creating a legacy and aesthetically pleasing things. But nothing makes her feel better + more empowered than giving back. Jessica came to know Carmen + Jennie when they hired her for their wedding nearly five years ago! Jessica knew there was something extremely special about Carmen + Jennie and certainly did not want their working relationship to end there. She is proud to lend her experience to the WAMS foundation + help raise money to make a difference in the lives of those living with MS. 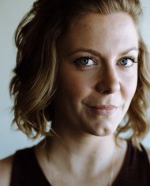 Margot carries a Certificate from SFU in Communications and Public Relations as well as a Bachelor of Arts Degree from UBC. In 2013 she left behind a career in Municipal Administration and Communications to follow her passion, joining the award-winning Event Planning + Design team of Petite Pearl Events -she hasn’t looked back since! Margot was first introduced to WAMS through her friendship with Carmen and Jennie and was thrilled to assist in the planning and execution of the 2014 fundraiser. She now looks forward to lending her talents to taking future WAMS events and the organization’s outreach program to new heights. 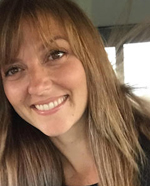 Sasha grew up in Richmond, attending McRoberts high school. In the years after graduating she spent many years traveling, working and going to post-secondary school. She attained a diploma in Environmental Studies from Langara College in 2009 and continued her studies at BCIT in 2010 in the Fish, Wildlife, and Recreational Management program. After receiving her diploma, she went on to complete a Bachelor of Science in Ecological Restoration in 2015. She worked on estuary restoration projects on the North Shore and as an Environmental Consultant for the City of Richmond until moving to the Seymour Salmonid Society in January 2016, where she currently works full time as the Volunteer Coordinator. Sasha, her husband, and two little girls live in Richmond. When Sasha is not working or spending time with her family and friends, she volunteers for an organization (Mom2Mom) that helps to support children and mothers living in poverty in our community. Sasha joined the WAMS Board of Directors in 2016 and is excited to help have a positive impact on peoples living with MS. 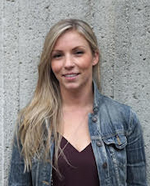 After spending twelve years in the gaming industry, Erin took on a new challenge in the financial technology world and hasn’t looked back. She’s built, implemented, and managed all aspects of marketing and branding, from concept and strategic to campaign and product launches, to producing large client events. While Marketing and Event Planning are her forte, Erin also finds time for her true love (scotch) and her pastime (looking at pictures of raccoons on the Internet). Erin is an expert multi-tasker; her other skills include taking selfies with her pet dog/best friend, Ellie, and operating surprisingly well on very little sleep. Erin was introduced to WAMS through her friendship with Carmen. When she saw how alternative therapy drastically improved Carmen's quality of life, Erin knew she wanted to be involved. She’s looking forward to using all of her passion and experience to support WAMS’ mission. 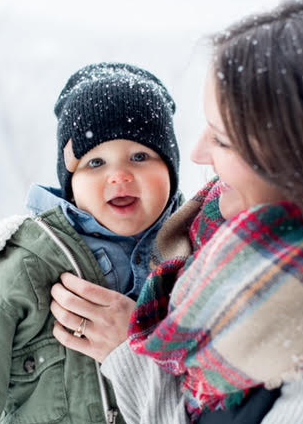 Gordie is still gaining experience but he's got some pretty good contacts in the event industry. His main skills include disrupting meetings, overseeing the happenings as well as pooping his pants. Gordie is not sure what he wants to be when he grows up, but no matter what, he knows he wants to be kind + helpful so he felt that being a part of WAMS would be a good start to his resume.